I have recently realized that Faith misses her friends. Because she doesn’t go to school, she doesn’t get to see her friends on a regular basis. As of two weeks ago, I have made sure that she has time to spend with her friends. One of her best friends is Elliot Drobnick. Elliot lives down the street from us and has been friends with Faith since they were a little over a year old. I love his mom, April, and feel that she and I have a special bond. We look after each others’ children regularly and her children are a pleasure to have over.

Now that Wilson is older, he is now invited to play with Faith and Elliot. Today was the first sunny day that we have had this week so I took the kids out to “adventure” while Miller napped.

We live on a half acre lot that has very little backyard. We had to build a retaining wall just to have a swing set.
Our backyard is essentially all woods. The woods are also enclosed by a road that loops around our neighborhood so the kids are not able to escape or get lost in them. They are getting to be old enough to go adventure by themselves, but today I thought that I had better introduce them to the woods and the rules. It was great!

It was interesting to watch Elliot play. He is a very capable boy that plays outside much more than my kids do. He has his own set of woods. I was amazed at how well he could climb, slide down an embankment, and jump the creek. It was a sneak peak into Wilson in two years.

Faith and Elliot found a large vine that was climbing up the trees. They thought it was amazing! It is a wonderfully large area….especially for five year olds. 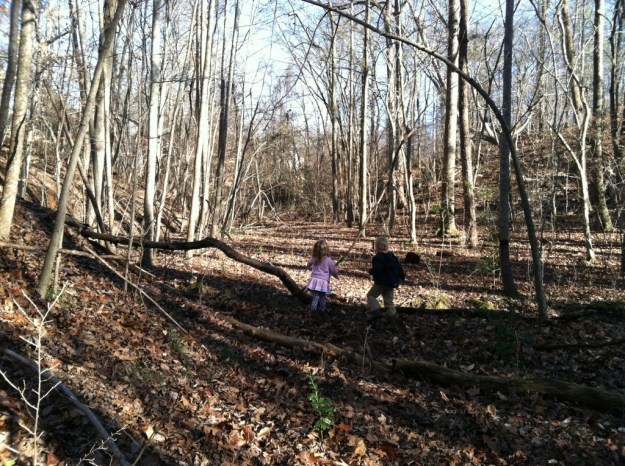 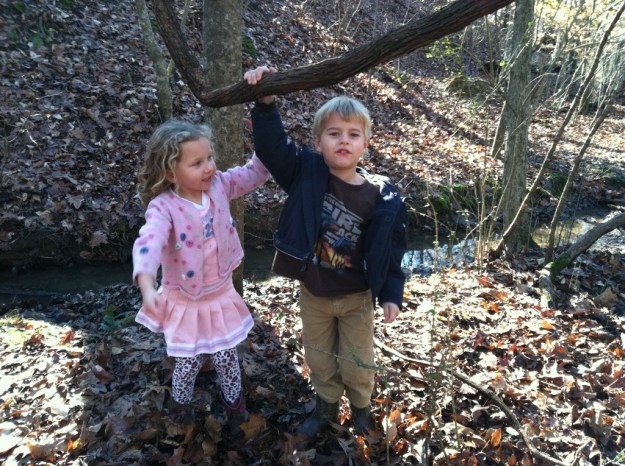 Here is Faith on another vine. There is also a small creek behind her that they jumped over, walked down, and threw rocks in. Perfect! 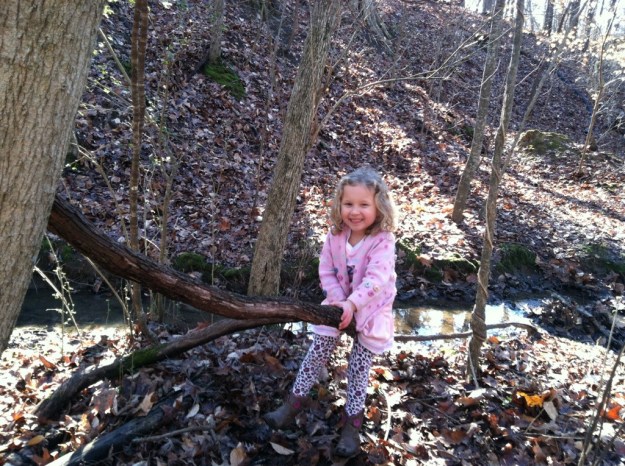 Wilson was a trooper. No whining, no crying when he got wet, and he did everything the big kids did. I was very proud of him. (That is our house in the background.) 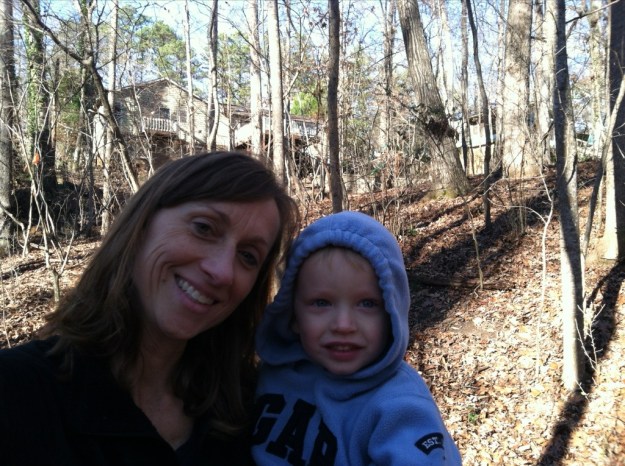