It finally snowed in Charlotte! After two years of waiting patiently, it snowed about an inch in thirty minutes. It was enough for the kids to play in, throw some snowballs, and make everything look beautifully white.

Faith and I were out shopping and getting her a haircut. We parked at one end of the parking lot, put her name in at the hair place, and walked to the other end to shop. During this walk I saw some very dark and ominous looking clouds heading our way. By the time we left the store it was a total blizzard outside. I had to carry Faith, carry the groceries, and walk as fast as I could to the car, which was about 100 yards away. She and I laughed so hard at ourselves. The wind was whipping, snow was getting us soaked and we continued to laugh and walk. It was great!

Here are Faith and I after her haircut with snow in our hair. 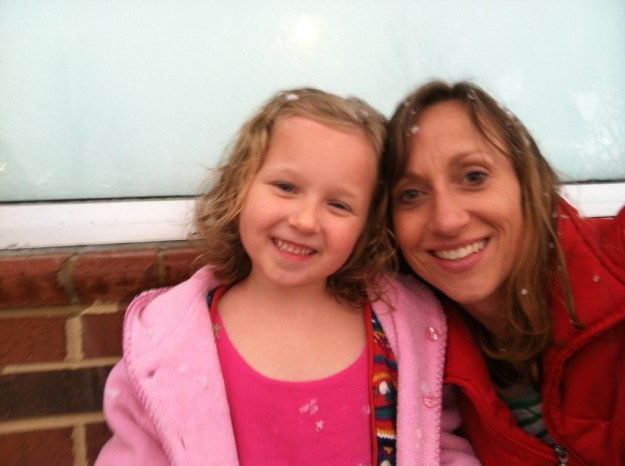 We threw snowballs in the front yard and drank the milk shakes that Faith and I brought home as a surprise….milkshakes during a snow storm….I know, unusual. Wilson was too young to even remember the last time it snowed. 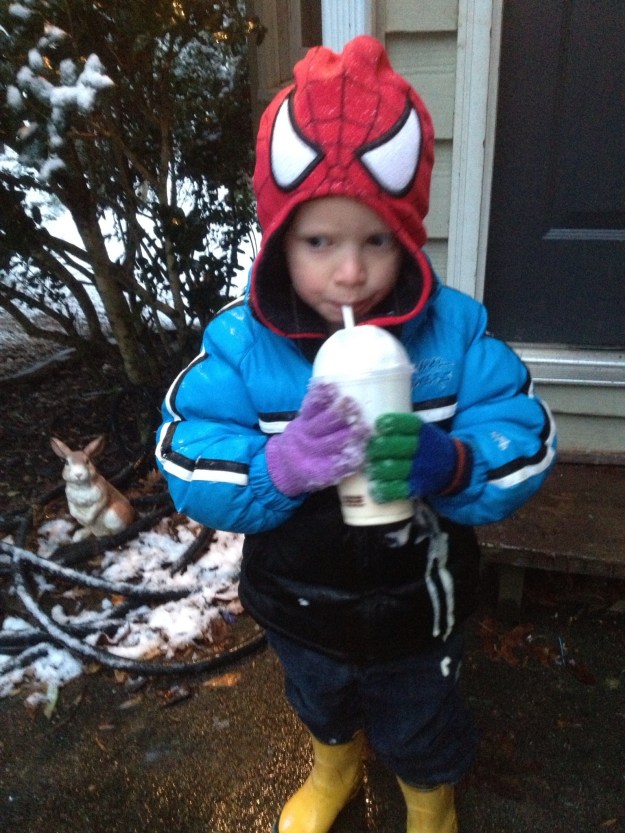 Faith’s new, shorter haircut.  After much complaining about how it hurt to brush her hair, she decided that cutting it was the best solution.  Her hair is so curly that it was nearly impossible to brush out in the morning.  A very mature decision! 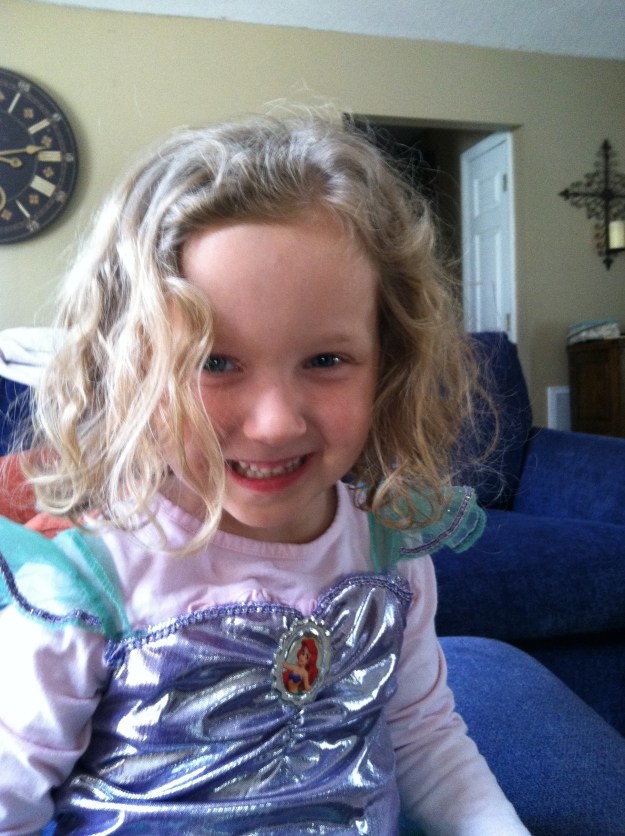