It is time for soccer here in Charlotte, NC.  It actually started almost two months ago and is wrapping up this week. The weather is getting hot quickly and therefore I am ready for it to end.

Wilson is taking a soccer clinic at the YMCA and Faith is playing on a team at Calvary Church.  Wilson was on a team in the fall but he was more interested in talking and goofing off than he was at playing during the games.  The soccer skills clinic is perfect for him because it is only practice.  He can improve his skills without having to worry about playing in games.

Faith is playing on a team with her friend Tyler (one of the boys she intends to marry).  She enjoys being on a team and runs after the ball well, but isn’t so sure about kicking the ball. As the season has continued she has become more confident and better at the game.  I did tell her that she was having her last practice yesterday and she gave me the fist pump and said, “Yes!”.  I guess she is ready for it to be over as well.

We have had a good time as a family going to practices and games.  Luckily, Faith’s practice field is right next to the baseball field so Wilson and Miller can play while she practices.  They found a few aluminum bats on Saturday during the game and tried to sword fight with them.  Not a good idea!  We had to stop that immediately.  For them, a baseball field is a giant sandbox in which they can throw sand and roll around and get dirty.  Whatever entertains them and makes them happy!

Here are a few pictures of the kids over the weeks during soccer…. 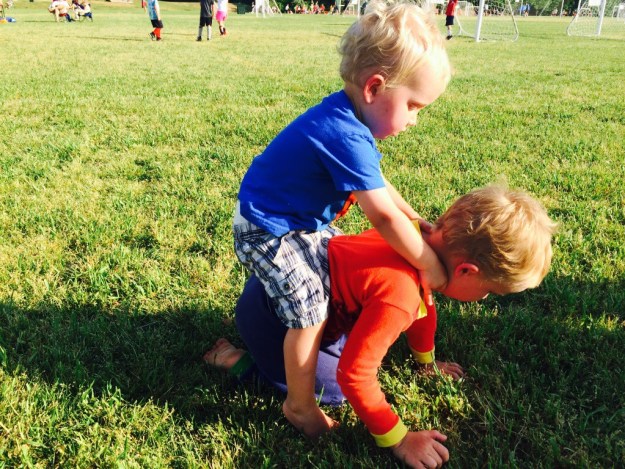 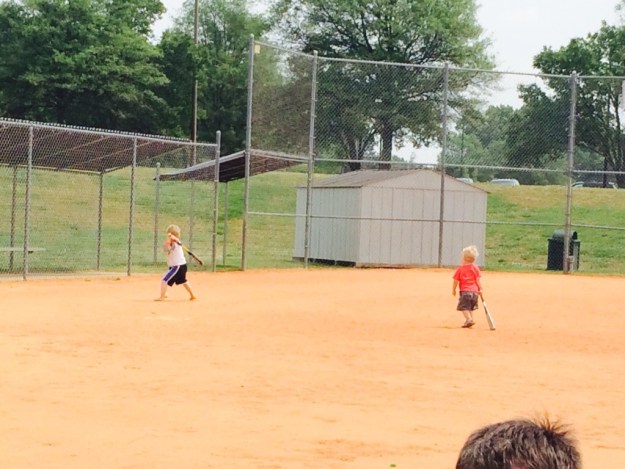 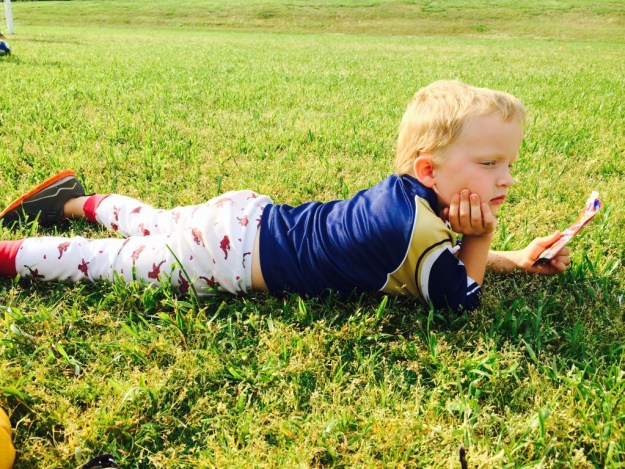 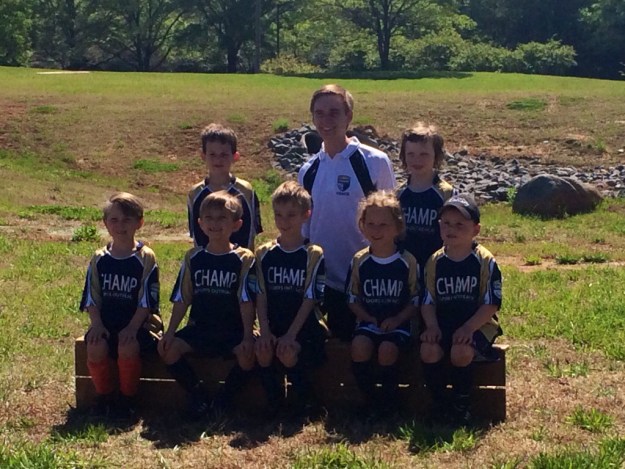