Wilson had his final spring show at his preschool last week. Not only was it his last show, but it was also his last week of school.  Wilson has been asking me for months to take him out of school and let him stay home with me.  I didn’t take him too seriously because I knew how much he loved school and enjoyed seeing his friends.  When I dropped him off at school he would run into the classroom and rarely look back at me to say ‘goodbye’.  I knew how much he loved school and thought that he couldn’t, and wouldn’t, have more fun at home with me. However, after months of asking, I finally gave him his wish – I told the director that as of April 1, Wilson would no longer be attending preschool.  I think that they took it a bit personally at first, but I tried to reassure them that no matter how much Wilson loved school, he loved being with his Mommy more.  This is the last time in the next 13 years of his life that he can say that he doesn’t want to go to school, and he truly doesn’t have to go.  As I said in my last post, Wilson has grown up and changed so much in the last six months.  He has learned everything that preschool can teach him and he just wants to be home and have fun…..and I want him to be with me too.

As it worked out,  thankfully, I am able to bring him with me to Bible study on Thursdays (because they had the space for him) and my boss is letting me bring him with me on Fridays to join the older 4s class (most of the students he already knows from last year on Fridays).  It worked out perfectly which made me feel much better about the decision.

At the spring show they sang many Disney songs – Hi Ho, Hi Ho, Peter Pan, Lion King, and the grand finale was “Let it Go.”   The children sang quietly on most of the songs, but during “Let it Go” they burst forth in song – meaning they almost yelled the words.  It was awesome. If I knew how to upload it I would.  I will put it on my Facebook page for those of you that are interested.

Here is Wilson singing with his Peter Pan hat on…. 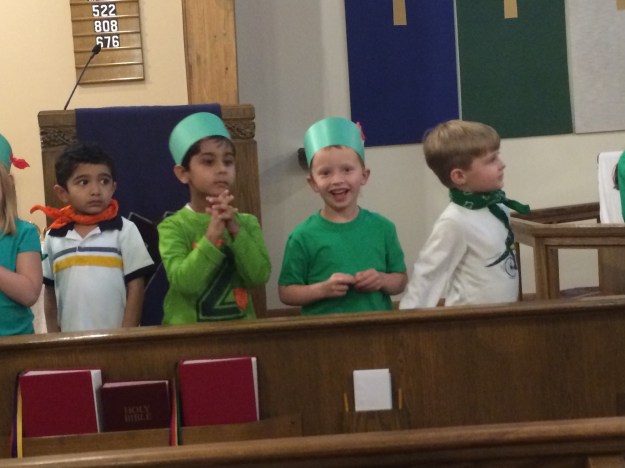 After the show there is a raffle along with snacks and juice.  The kids were upset that we didn’t win any prizes last year.  I prepped them so that they would be prepared to lose again this year, but thankfully we won the 50/50 prize – $42.  I gave Wilson $6.  You would have thought that he had won the lottery!

The usual suspects were in attendance – our family, my parents and Grandmama…. 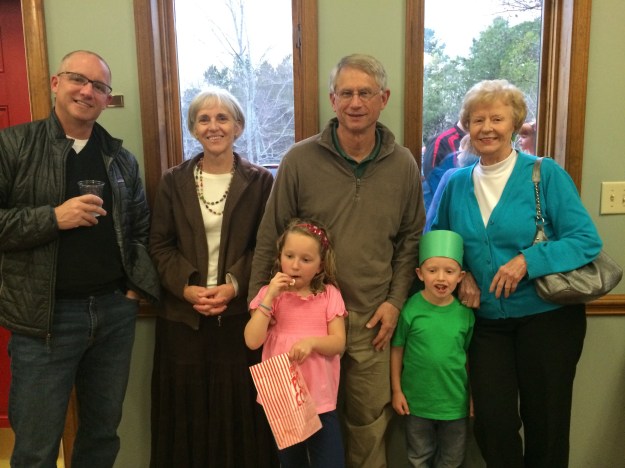 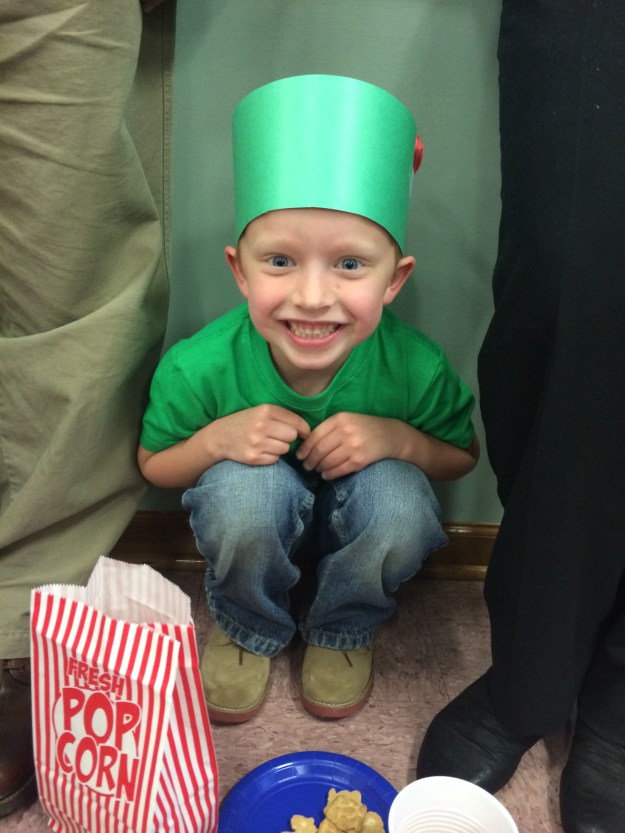 Here is a picture of Wilson and his teacher, Miss Kerry.   Our family loves Miss Kerry!  She was Faith’s teacher and then she was Wilson’s teacher.  So sweet and laid back.  Just like every preschool teacher should be. Cross and Crown has been a great preschool for our family and I would highly recommend them to everyone.  We can always go back to visit. 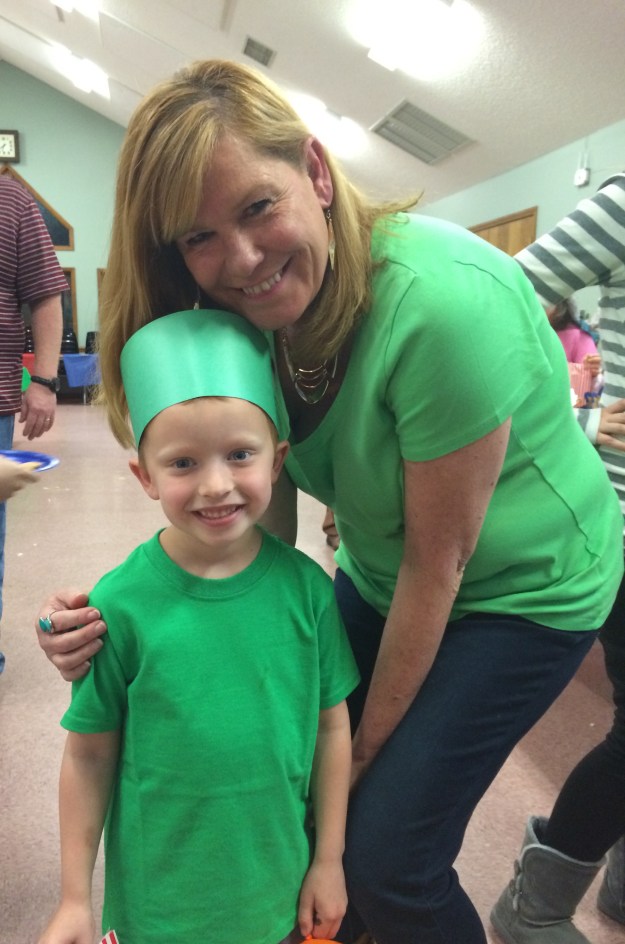