Now that Doug lives in Maryland, we don’t get to see him and his kids as often as we used to.  Of course, since we drove the boys down from PA with us, we could see them all week long.  My kids loved it!!  The five children played together everyday, sometimes at my house and other times at my parent’s house (I enjoyed that too because it gave me some free time).  During their time together we went to the pool twice…. 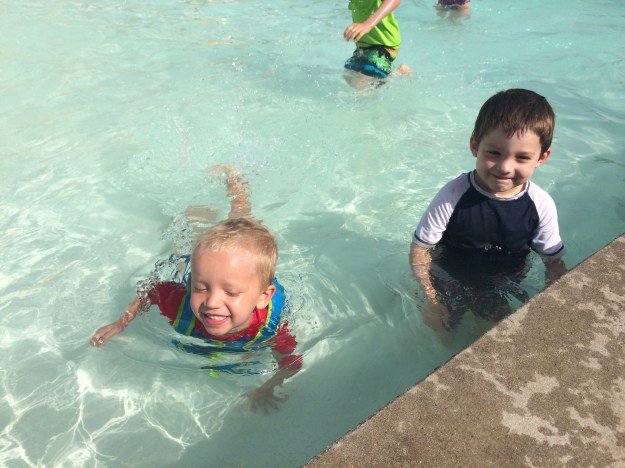 The kids had a sleep over at our house and then one at my mom’s.  Gabriel ended up with strep throat the night he stayed at my house.  My mom took him to the doctor and then dropped him back off at my house.  Not even strep throat was going to keep him away from his sleepover. The kids had been playing together for days.  If they were going to get strep throat it was already in the making – one more night wouldn’t change anything.  Yep, that is just how I roll…(However, I came down with it three days later)

And then my parents took all five kids to the train museum for the day…. 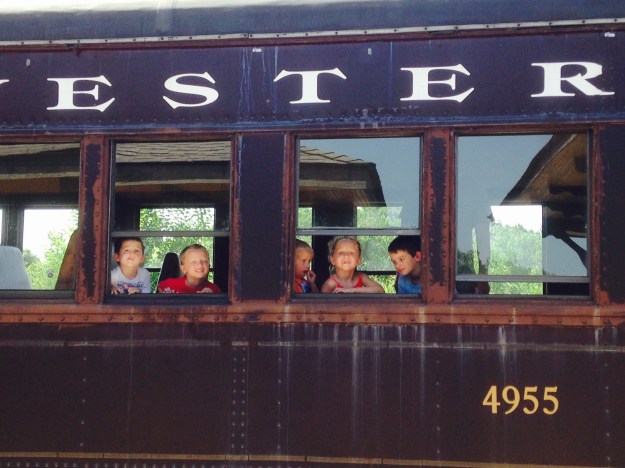 I love my little nephews.  They are so sweet.  It has been really neat to form a relationship with them.  We have actually gotten closer now that they have moved.  I guess we just took each other for granted when we lived two miles from each other.