Yesterday I got to spend the whole day with Wilson and Miller. Wilson really didn’t want to go to school so I let him skip since he was going to be leaving early anyway. It was so nice spending that time with the boys. I don’t usually get to spend that much time with just the two of them and I enjoyed it very much.

The first thing that we did was put part of their new race car track together. I say “part” because I didn’t have enough batteries and it was the most complicated race track I have ever seen! The boys loved it and they played so well together. I had scheduled a dentist appointment for both Wilson and Miller that morning. It was Millers first trip to the dentist. He was a bit nervous so Wilson held his hand while they walked back together. Wilson is a sweet big brother…most of the time. No cavities!
Dr. Savage (funny name for a dentist, right?) takes a picture with the kids at their first visit…. After the dentist we went to the playground, Wilson got a haircut, I bought myself a sweater, and we ran through the Walmart together in the fastest shopping trip ever!

Finally, I picked up Faith and took all three of them to Wilson and Miller’s well check ups at the pediatricians office. I didn’t realize it at the time that I had scheduled both the dentist and the doctor on the same day. I thought it might have been too much but they did amazing! It was so cute to see all three kids up on the exam table…. Faith was there for moral support and she is a big help if one kid cries too much at the end during the shots. I had warned wilson that he would have to get one, maybe two, shots. It turned out that he needed two shots (I honestly thought that he would need more than that since I spaced out his shots when he was younger.) I gave him the choice: both shots now or one shot now and another shot later this year. He bravely took the option of two shots now and no more until he is eleven years old. He was very excited to hear that shots are in his past and will be for many years. Now Miller, on the other had, got one shot and had no idea that it was coming. I got him to turn his head away and the nurse stuck him. He rocked it! He didn’t even flinch. Wilson didn’t cry either. My brave boys!!

It was such a fun and enjoyable day with the kids. 85% of the time they are sweet brothers and sisters that truly enjoy each other’s company. I am so thankful that today was one of those days and that I got to enjoy it with them.

On Sunday Tom and faith drove up to Pennsylvania to see his mom. Rebecca, his mom, has been diagnosed with cancer. She is at home and being cared for by her husband and and daughter. It is a lot for anyone to handle the “Dressler invasion”, but even more so now for Rebecca, Will and Shelly. We thought this would be great time for Tom, faith and Rebecca to get some quality time together. They had a great time. I asked Faith, “How was MaMaw’s?” She replied,”Awesome!” They obviously had fun. Faith got to go to Chocolate World in Hershey and make her own candy bar. All I know is that there was marshmallow in it. 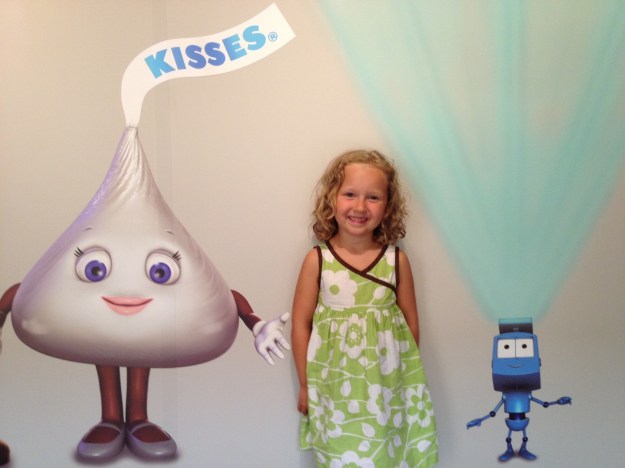 While Tom and faith were off having fun, I was at home having fun with wilson and miller. Let me state that I love faith and life would be miserable without her, but wow! I am amazed how much easier two kids are than three. I discovered out why this is so: two kids will do the same activity without problem, but with three, one always wants to do something else. Two want to play outside, one wants to go inside. Two want to eat, one wants to draw. Three is much more difficult to juggle. I always say that I could go to the moon with one kid!

Needless to say, the boys and i had fun. We played games, we looked for bugs at the playground, they took a bath instead of going to the pool, and we just hung out.

We went to the pool one afternoon with Doug and his family. It almost rained but thankfully it never thundered. 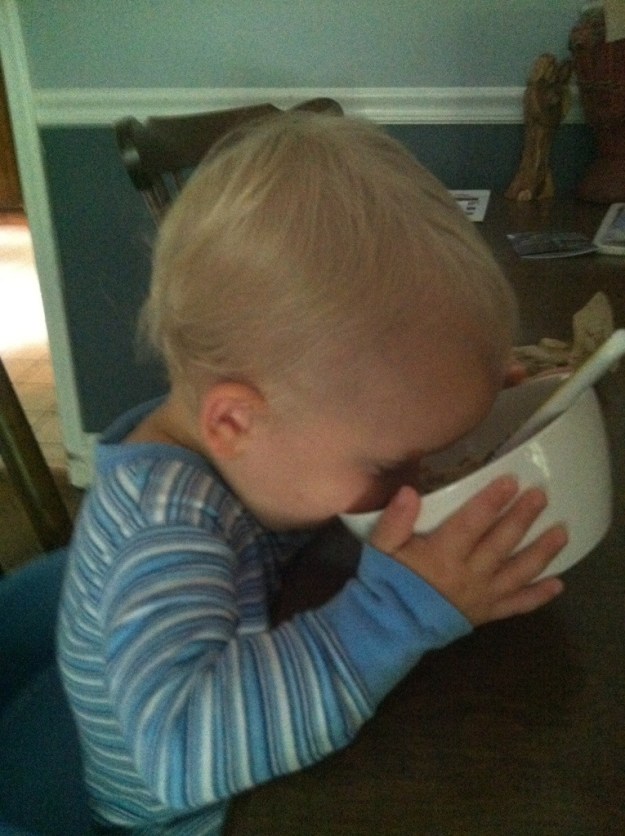 I also took them to get my car’s oil changed and taught Miller to drink milk out of his cereal bowl.

Faith and Tom came home on Wednesday night. She has been glues to my side ever since. I even slept in her room with her a couple of nights. She wanted to have a slumber party. It was sweet to be missed so much. I missed her as well.