Once again, today was a busy day. Faith had school in the morning and then she and wilson went to Elliot’s birthday party after lunch. Elliot Drobnick is one of Faith and wilson favorite friends. Faith and Elliot have been friends for years and now Wilson is finally old enough to be his friend too. The party began at the Rock quarry. It was super cool…for the adults.  I didn’t even know we had a rock quarry and there are two in the same area. We could only watch from afar, but it was still cool. After we observed what was going on, we left and went to Elliot’s house for cake, presents and playing. Faith left with me because there was too may boys. Very rowdy. 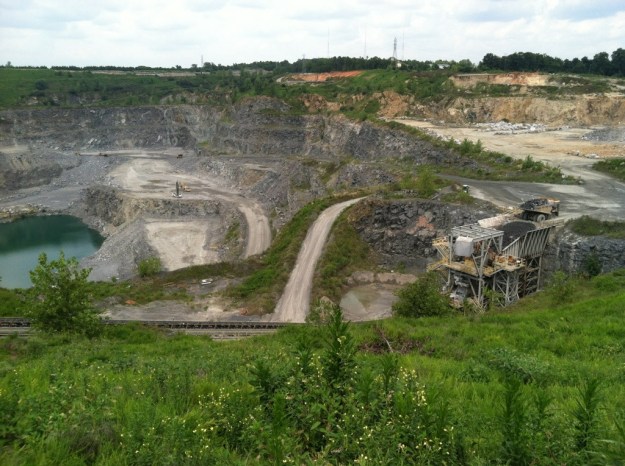 After the party we went over the Providence Day which is a very nice private school down the street from us.  Tom was going over there to run on the track so we went to meet him.  when we got there we saw that there was a football game an hour later.  The cheerleaders were practicing and the football players were warming up.  the kids loved it!  Wilson watched the players while Faith was enamored by the cheerleaders.  She looked at them like they were Cinderella or movie stars.  She kept saying that she just wanted to give one of them a hug.  We walked around and found two cheerleaders that talked to her, gave her a hug and took a picture with her.  So sweet. 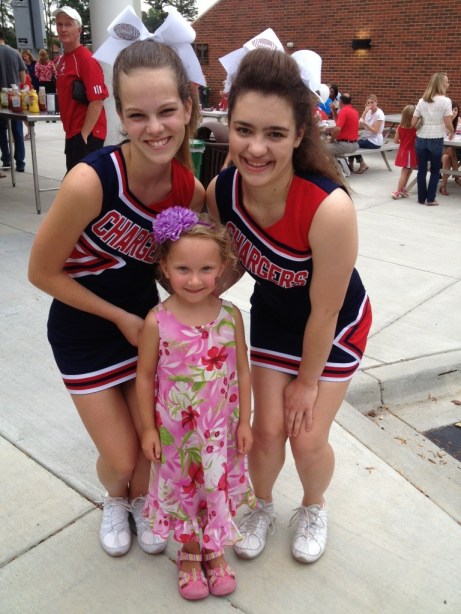 We watched the first quarter of the game and finally had to leave to so that Miller could go to bed and we could all eat dinner.  Faith cried because she wanted to watch the cheerleaders more.  It was a great family outing.  I guess we will have to go watch more high school football games.